One holiday in Buenos Aires.

Who wouldn’t want that?

Max Franken would probably have liked to forego his trip to Argentina.

Max Franken was born on 25th March 1881 in Emmerich (Rhine) as the youngest son of his parents Joseph David Franken and Minna Franken, born Strauß. He had six brothers and one sister. Joseph David Franken was a coppersmith and master plumber. He also often told his children about his war experiences in the fights at Sedan, Le Mans etc.  In the First World War two brothers of Max Franken died. Some of his brothers later learned a trade such as tailoring or shoemaking. Max Franken became a merchant. He met his later wife Therese Silberberg in Halle where he had recently become the owner of the men’s clothing store “Eduard Cohn”. Therese Silberberg was the third of six children of her parents Leopold Silberberg, who was also a merchant, and Henriette Jütel Silberberg. Max Franken and Therese Silberberg got married on 8th June 1910. They continued to live in Halle for a while, later they moved to Plauen and from there finally to Hof. There they had three daughters: Margarete, Lore and Käthe. 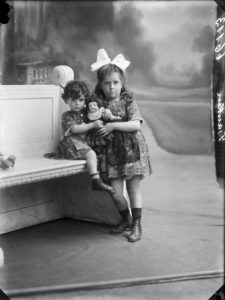 Max Franken ran a men’s wardrobe shop in Ludwigstraße 36 in Hof, which he registered on 2nd  March 1914. In 1919 he also opened a textile wholesale business and in 1921 a tailor’s shop with workshops in Klosterstraße 10 and 27 as well as Ludwigstraße 36 and 39. His daughter Käthe reported that the family was among the most respected businesspeople in the whole northern Upper Franconia. 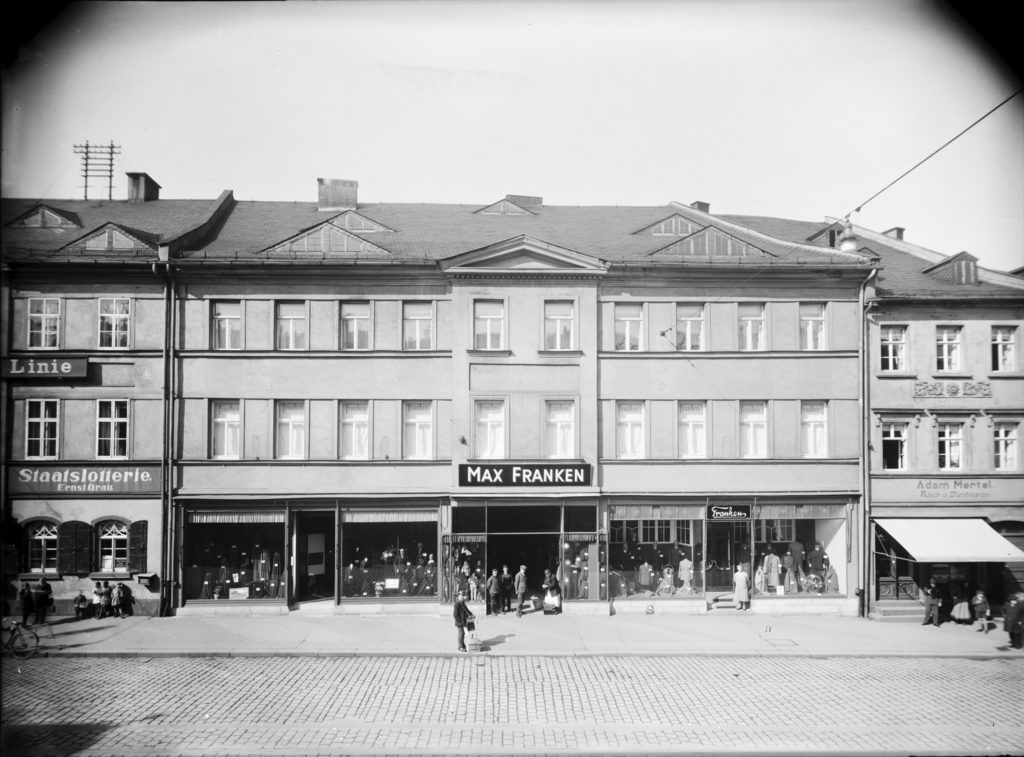 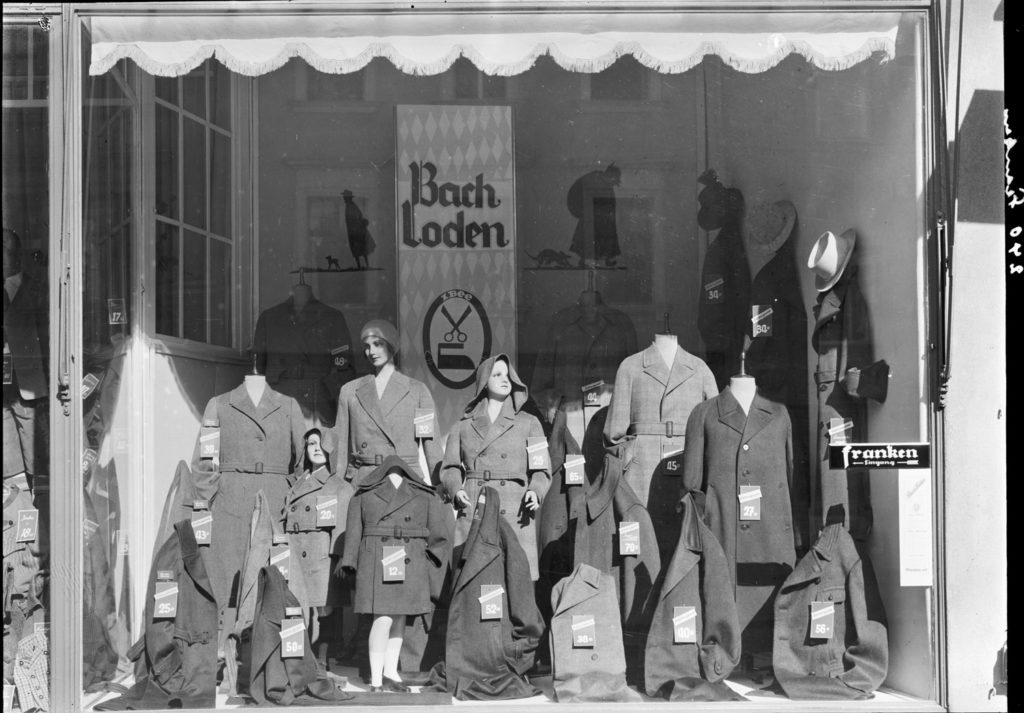 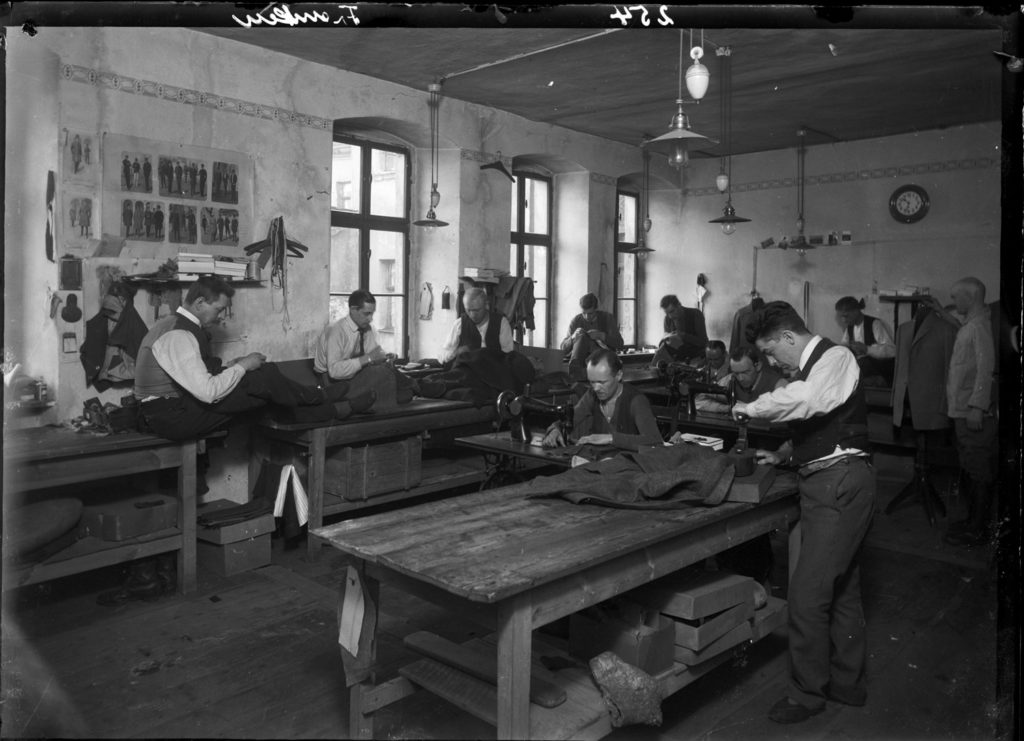 Since the number of employees and the turnover were very high, the company was even recognized as a factory. Mother Therese did not have to work. The family had a nanny and a laundress, but Therese Franken cooked herself and also helped in the business. The business went well until the agitation against the Jews continued to increase. The solid businessman Max Franken, who was called the “father of the poor and needy” because of his charity and helpfulness, wrote to the city council of Hof in 1920 about his concerns caused by the agitation against the Jews.  For Max Franken, the “German Day” on 16 September 1923, when Hitler visited Hof, was already the “first nail on the coffin” of his company. Max Franken reports, for example, that Hitler’s visit acted like a “poison”. People began to avoid the business.  Nevertheless, he succeeded in expanding his business in the following years. After the assumption of power and the April boycott in 1933, he had to accept massive losses, and in 1936 his business came to a standstill.  In 1938 the Franken family moved to Leipzig – to the spooky apartment of a family of Polish Jews who had just been deported. The marking with the yellow Jewish stars from 1941 was for most a great humiliation. For Max Franken it was like a slap in the face from which he never fully recovered. In September 1941 the family already knew that the only way out was to leave the country.  That year Max Franken was also arrested and maltreated. The Frankens heard about a transport from Berlin to Argentina. However, this was associated with many obstacles and a new rule only allowed Jews over 60 to leave.  Max Franken finally managed to leave for Buenos Aires at the age of 60. For him this time was one of the saddest and most lonely times of his life, also because he always lived with the uncertainty of how his daughters and his wife were doing. Therese was deported and died in 1944 in the Stutthof concentration camp. Also his daughter Lore was deported and died 1945 after the liberation by the Red Army from the health consequences of the exertions of the camp. Margarete and Käthe survived the war, the deportation to the ghetto in Riga and the concentration camp Stutthof.

“Once again I would like to see the Meistersingers from Nuremberg on the festival hill in Bayreuth… once again experience a trip on a Rhine steamer from Rüdesheim to Bonn”, wrote 76-year-old Max Franken to the office in Hildesheim. This was not granted to him. He died of a heart attack in his apartment in Buenos Aires on 2 May 1957.